Ritual and Poojas were conducted at Malliyoor temple, which were cancelled by the government. Earlier,on Vinayaka Chathurthi, the government had canceled the festival at the temple, citing the Covid protocol, which applies only to the Hindu community. Even though the temple authorities decided to hold only ceremonies in compliance with Covid Protocol, the government’s approach to Hindu Festivals led to massive protests.

Hindu Seva Kendram earlier responded to the government’s attitude towards Hindu rituals and the government’s last-minute cancellation of poojas at the Malliyoor Mahaganapati Temple in the name of Covid norms. Adv.Pratheesh Vishwanath visited the Malliyoor temple that day and promised to help and has been working for it. 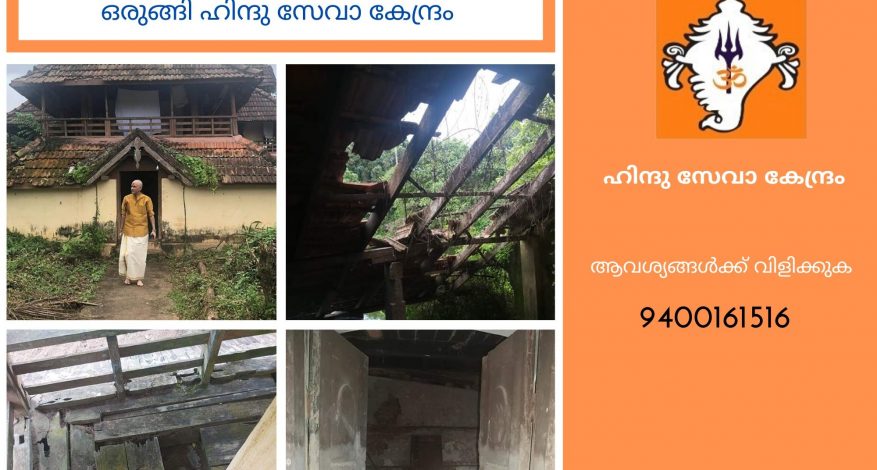 Thiruvalla Sreevallabha Temple is another example of the deceit of Devsawom Board to the Hindu community and devotees.The sacred “Jalavanthi” of Thiruvalla Srivallabha temple is in a very deplorable condition. Jalavanthi is the sacred pond in the temple and adjacent to it is a two storey structure where priests of the Sreevallabha temple takes bath and rest. The relevance of ‘Jalavanthi” is as important to as the temple, as the priests have to perform important daily rites inside the Jalavanthi during the Sreebhoothabali at the temple.

However, current state of the Jalavanti is shocking. The ancient architectural structure can collapse at any time. Recently, a preist was barely escaped from a roof tile without falling on his head. None of this matters to the Government or Devaswom Board and both of them are deceiving Hindu community and devotees.

You may inform Hindu Seva Kendram for any such injustices to the temples in your knowledge. 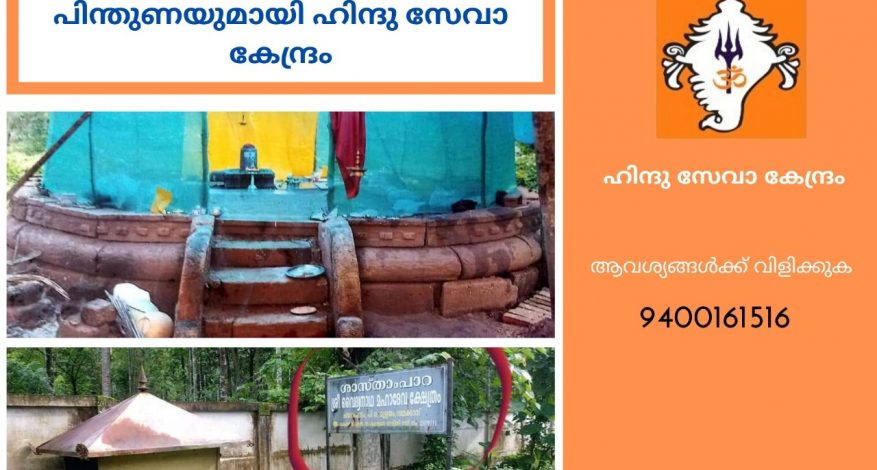 Hindu Seva Kendram has taken strong stand against encroachment of centuries-old Sasthampara Sri Vaidyanatha Mahadeva Hindu temple’s land. According to the Archaeological Department, the oldest temple having 6.5 acres in survey number 536 of the Peechi Valakkavu Mulayam village is located in Thrissur district.

As per revenue records the land is marked as temple land is now in the possession of Rappai, Johnny, Antony and Kochappan of Christian Community and entry has been denied to the Hindus. They obtained pattaya for the entire land, including the dilapidated temple. Religious rituals were performed till the recent times, however no one has access now.

Hindu Seva Kendram has announced its support for Advocate Krishnaraj, who is fighting legally against encroachment of this temple.

Adv. Pratheesh Vishwanath along with Adv. Krishnaraj has been taking legal actions to end the unjust encroachment on temple lands and reclaim it. Hindu Seva Kendram had earlier informed that legal action would be taken to reclaim the Thatthampalli Devi temple, the Chalakkudy Mannupuram Kirathurmurthy temple and the Palluruthy Azhakiyakav Devi Temple land which the CPM is trying to encroach upon. In the previous events also, Hindu Seva Kendram had questioned the decisions of the Devaswom Board and the intervention of other forces against the will of the devotees in such matters.